Brief Background: NIWF was among the 46 national organizations that received accreditation from the Election Commission of Nepal to observe the General Elections at a national level held on 20 November 2022. With this initiative, NIWF appointed 163 indigenous and non-indigenous participants from all 7 provinces to contribute as Observers in the 2022 General Elections after comprehensive training based on their roles and duties. Beginning the prelude and succession of the 2022 General Elections, NIWF stayed in touch with all 163 Observers throughout Nepal along with the 5 Chief Election Observers(EO) and Local Level Chief EOs with the purpose of collecting election data, observations, and suggestions, while continuously pushing Indigenous participation. These topics have been duly covered in the Brief Report on the Involvement of Indigenous Women in the Observation of the Second General Elections 2079.

10:30 AM, Friday, 20th January, the launch of a Brief Report on the Involvement of Indigenous Women in the Observation of the Second General Elections 2079, commenced with Miss Nepal International 2016 and Indigenous Engagement Specialist to UNESCO Barsha Lekhi as the Master of Ceremony, welcoming the program attendees.

This was followed by NIWF’s Vice-Chairperson Yasso Kanti Bhattachan with a few words on the Indigenous Women movement in Nepal, along with a brief insight on NIWF’s participation in the 2022 General Elections. She also provided a background on the data involving women’s participation in the elections in Nepal, including issues based on Persons with Disabilities.

NIWF’s Sabin Gurung presented a presentation with backgrounds, and figures depicting the number of House of Representatives, Election Observers Province based Data, and the total number of Indigenous Women in the provincial assembly according to the province, voting center-based experiences of Observers, finally concluding with Recommendations on making Observers participations in the Elections more ceaseless in the near futures.

A short recollection by NIWF/ CFLI appointed Observers in the 2022 General Elections ensued, beginning with Shyam Kumar Danuwar and Sun Kumari, and Mayalu Lama from Kavre along with Man Kumari from Sindhupalchowk shared their experiences as Observers in their assigned Polling Centers as Indigenous peoples actively participating in the elections for the first time. Forum for Indigenous Girl’s President/NIWF Intern Sabnam Lama shared her experiences as a data collector post-General Elections 2022, working closely with the Observers.

An open panel discussion ensued, Journalist, Lucky Chaudhary started off with recommendations based on dissecting the data within the given data in the Election Report along with suggestions on increasing the participation in Elections as there has been a decrease in the overall voters’ numbers each progressing year.

Chaudhary also commented on the lack of ethical practices by the political candidates with a comical anecdote “In my village, a month prior to the elections, each political party took turns to bribe the locals with free meals. I would call up my and ask, “Which party is feeding today?” Somedays, a party would feed the locals in the morning, while the other took turns in the evening.” He also expressed his disappointment with the Nepal Election Commission considerably decreasing the budget for Elections training.

‘Even now in many regions of Nepal, people don’t understand Khas Nepali Bhasa, one of them being my own Tharu village. Many people in the communities do not speak Nepali Khas Bhasa locally. We could blame the budget limitations, but it should be deemed necessary for many communities, to be taught more on Election Knowledge in their mother tongue rather than just focusing on a singular language.”

Another Journalist, Bal Krishna from The Himalayan Times, commented on the lack of women’s participation in the Nepalese General Elections from the ground level, in the House of Representatives. In a democracy, we have a rule that the majority rules the government, qualifying as the ruling government. In our country, if we look at the data, despite women’s population standing at 51.5%, there is very little women’s representation and participation in the government, which stands at 33%. I feel that in this context, the Nepal government still stands biased against women’s participation.”

Following suggestions from other speakers such as Bhawaraj Regmi on his own experiences as an Observer, Observer rights, and rules implemented within the Polling Centers, NIWF’s Vice Chairperson Yasso Kanti Bhattachan thanked all for the valuable suggestions and expressed how all recommendations shall be documented to improve Indigenous Women’s participation in future elections.

The Secretary of the Human Rights Commission also mentioned valuable information based on the International Covenant on Civil and Political Rights (ICCPR), meaningful participation during the Elections, and his first-hand experience interacting with local candidates, Electronic Voting Issues, including points regarding more inclusive cards to ensure better accessibility for Persons with Disabilities, finally ended his recommendations on a positive note to work on the issues raised on the event.

A prominent figure in Nepal’s Human Rights Activism, Kapil Shrestha shared “A meaning Democracy can only exist with the public’s participation during the Elections. Civil society plays an important role in giving momentum to any positive change in society.”

In all the event concluded successfully with final words by NIWF’s Chairperson Suni Lama, recapitulating the suggestions presented during the Open Panel discussions along with reassessments based on the final print of the Brief Report on the Involvement of Indigenous Women in the Observation of the Second General Elections 2079. 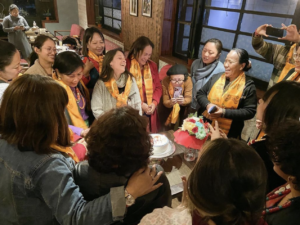 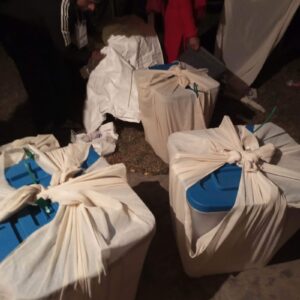